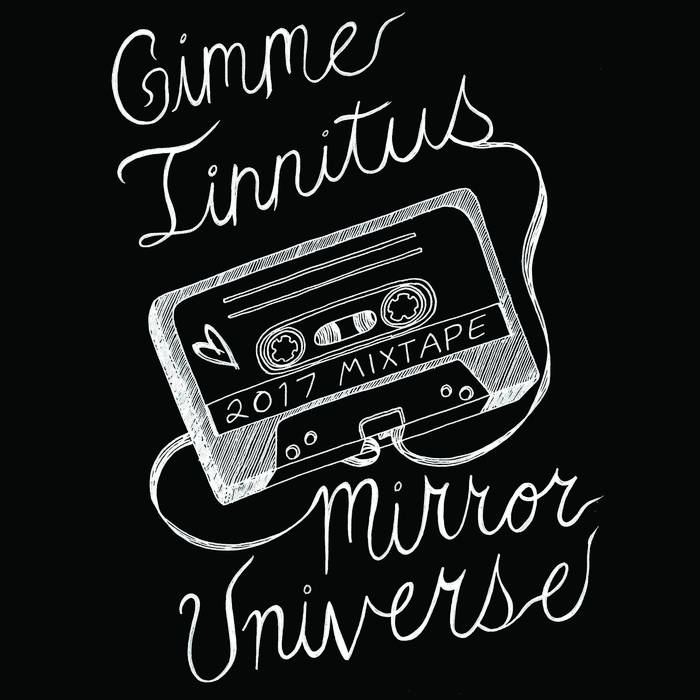 We've been a long time collaborator with GIMME TINNITUS, and are happy to announce our first collaborative release! Here it is directly from GTGT himself:

I am super excited to announce The GIMME TINNITUS Mirror Universe 2017 Mixtape. The tape was compiled by yours truly and is being released in physical form by the good folks over at Mirror Universe Tapes. The tape and the digital are both set to be released on July 22, 2017. The compilation features 21 awesome mainly noisy bands mostly from Brooklyn (with shout outs to MD, DC, WA, NM too), including…

All proceeds will be donated to the NYCLU

*Preorders gets tracks from all the bands playing the release show (7/22/17 at The Gutter).

Any profit from the tape will benefit the NYCLU. Originally, the tape was going to benefit a hearing loss charity, but our basic rights are under attack sooo. Why the NYCLU? Well, they are on the frontlines fighting for your rights. For example…

For a limited time, if you purchase of the Mirror Universe Discography (80% off!), proceeds will be donated to the NYCLU.

Finally, big thanks and hugs to Ino Aksentiev (www.facebook.com/inokentiy) for the extra audio engineering, Steph Monohan (stephaniemonohan.com) for the coverart, and Tom Pavlich for helping put this all together. The next volume will feature different bands and will benefit a different charity.