by No Monster Club 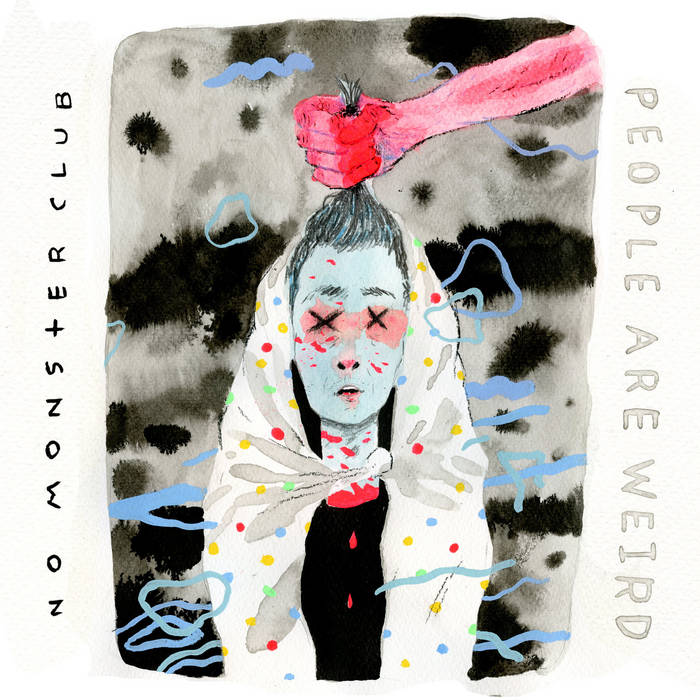 Track listing:
Side A
1. Can't Get Enough Of That Hippy Dippy Bullshit
2. Arms Across America
3. The Severed Head
4. I've Retired
5. Winning Streak
6. A Bad Example
Side B
1. Post Life Safari
2. The Loneliest Master
3. They're Still Cooler Than You
4. Late Bloomers
5. Harvard

Wondering Sound: "[an] excellent new record that drenches pop music in fluorescent tie-dye for a final product that is as delightfully loopy as it is utterly irresistible... a Saturday morning cartoon on a heavy dose of ‘shrooms."

The Irish Times: "...the kind of tunes that makes a joke of so much contemporary pop music... if there's a more charming album released this year, we'll listen to Emerson, Lake & Palmer for a full week." (4/5)

Totally Dublin: "an LP brimming with confidence and giddy experimentation... People Are Weird is the sound of the summer you’re hoping you have." ('Album of the Month', February 2015)

Nialler9: "Aherne has nailed the catchiness in a distilled songwriting style that moves the music he makes into a wider territory... his best album so far..."

The Thin Air: "Dipping his hands and his listeners’ ears into various pots of sound across the set, Aherne flees from being pinned to one classification, weaving an opus which draws on the influence of past artists and the adventures of his own personal canon."

State Magazine: "No Monster Club are what you might call a classic Popical Island band and 'People Are Weird' a classic Popical Island record. With Brooklyn label Mirror Universe onboard to give it some international push, 'People Are Weird' may soon be flying the flag for another side of Irish music. We couldn't hope for a better ambassador." (4/5)

When You Motor Away: "a collection of exuberant, at times off kilter, pop tunes that meander, jump around and delight in rather breathless fashion. At its most straightforward, the album delivers perfect pop tunes, but at other times the listener may wonder whether he or she has stumbled onto a guerrilla street theater production."

The Last Mixed Tape: "Joyously manic and bustling with a sheer force of invention People Are Weird is irrepressible in its individuality." (9/10)

Nooga: "[on People Are Weird], the band finds a natural balance between their euphoric lo-fi bedroom tendencies and a burgeoning propensity for pop introspection... a singular and cinematic pop statement of intent."

Interviews With Butcher Brown and Slauson Malone, plus LP of the week by SAULT.