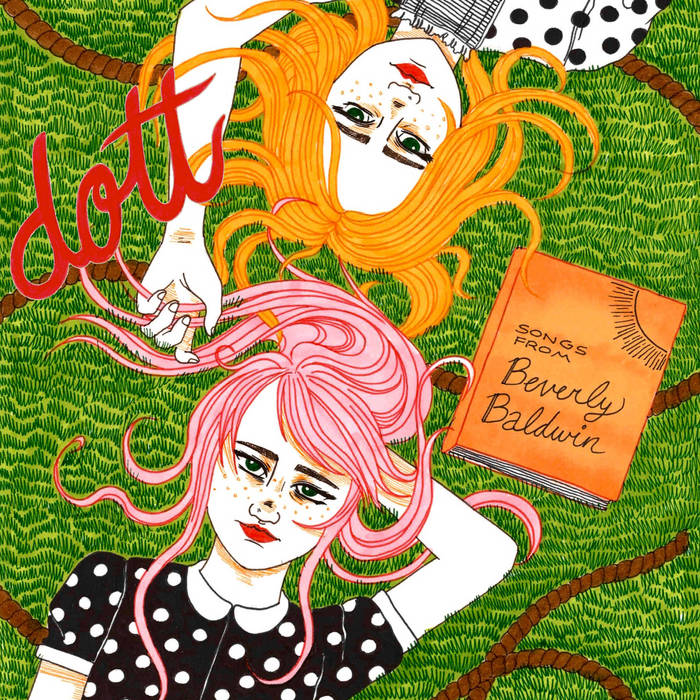 johnbogeman2 Imagine Velocity Girl with a slightly harder edge and a dash of shoegaze and you have Dott, which by the way, is my favorite MAD TV character. Favorite track: I Found You.

Brooklyn Vegan Premiered "Slow One" Video:
"Galway, Ireland’s Dott are back with a new EP, Beverly Baldwin, which is out August 5 via Mirror Universe Tapes. Anna McCarthy and Evan O’Connor, who are Dott, made the EP in Toronto following their marriage last year, and those life events are reflected in the warm, happy/sad songs. You can stream “I Found You” and watch the video for “Slow One” (which premieres in this post) below." READ / WATCH:
www.brooklynvegan.com/irish-band-dott-releasing-new-ep-watch-slow-one-video-playing-nyc-shows/

Impose premiered "I Found You":
"Fast-paced and ethereal, the reverb off Anna’s smooth vocals almost floats through the speakers. It’s a beautiful testament to love, and the perfect song for a carefree, sunshine-y summer drive. With its vintage feel, we can’t imagine anyone saying “no” to playing “I Found You” on repeat."
www.brooklynvegan.com/irish-band-dott-releasing-new-ep-watch-slow-one-video-playing-nyc-shows/

Dott are from Galway, Ireland and play shiny, harmony driven guitar pop. Their music drips with luscious harmonies, fuzzy guitars and addictive pop melodies. Their debut EP, Button was released in 2013, followed by their debut album Swoon in 2014, both on Graveface Records (US). They also released a split EP called Carousel with California’s Night School for Record Store Day 2015 for Graveface Records.

Formed in 2012, Dott have had multiple tours across the USA, and appearances at major festivals SXSW, CMJ, CMW and Electric Picnic as well performances live on national television (The Late Late Show, Ceol ar an Immeall) and have recorded sessions for BreakThru Radio (NYC) 2FM Dan Hegarty, Arena RTE Radio 1, TG4 and Community of Independents, DCTV. Songs by Dott can be heard on stations such as NPR, BBC Radio, Today FM, 2FM, RTE RADIO 1, RnaG and 98FM.

The title, Baldwin Beverly, named for the part of Toronto where they recorded the EP in their tiny apartment and features guest vocals by Andrew Elstner (Torche) on their track Beautiful Face. The EP speaks about the subject of love; romantic and platonic and big changes in life such as getting married and moving to another country, far from many loved ones. Dott chose not to replace the other band members while in Canada, and instead evolved into a two-piece version of the band, experimenting with programmed drum loops and guitar effects as heard on Baldwin Beverly. The resulting sound is a dreamy and woozy approach to Dott's charming take on pop.

All songs written, performed, recorded and produced by Anna McCarthy and Evan O’Connor in their tiny apartment over a short stay in Toronto, Canada (except Beautiful Face which features vocals by Andrew Elstner).